The April 18th Libyan boat disaster represented the largest single day loss of life during a migrant crossing to Europe in history. Given the steady stream of migrants arriving by boat to Southern Europe every month, coupled with the estimated 1,750 migrants that have died in the Mediterranean Sea so far this year, many European countries have faced a serious wake-up call, triggering pleas for collective action.

Widespread international media coverage in the aftermath of the most recent migration tragedy has mainly focused on the European Union’s (EU) response to the crisis and the need to reform European immigration policies and responses. EU leaders are working to find solutions and organized a special meeting in Italy to develop an immediate policy and operational response to the crisis.

But how are African countries seeking to address the issue? And where they are seeking to act, to what extent are African policy debates on youth migration problems informed by research and evidence?

A shift towards local knowledge

Evidence from the Think Tank Initiative’s 2013 Policy Community Survey (PCS) suggests that there is a shift in the thinking and behaviour of African governments relating to the use of evidence in the policymaking process. The 2009/2010 PCS results indicated that information generated by government agencies was the primary source of data and that there was little appetite for external research. However, 2013 results show that the number of research topics of interest to public policy actors has increased. National think tanks are increasingly being used as sources of research-based evidence on economic, fiscal, monetary, and poverty alleviation issues. This shift has created an opportunity for African think tanks to expand outreach to policy actors, raise awareness of their services with government, and improve the accessibility of their research.

At the confluence of this emerging opportunity and the recent tragedies in the Mediterranean Sea, a migration policy symposium took place in April 2015 in Dakar, Senegal. This event was co-organized by the Institute for the Study of Labour (IZA) and the Dakar-based Consortium pour la recherche économique et sociale (CRES). Participants discussed many of the underlying causes of migration and the need for an African-wide policy response to the ongoing migration crisis. The policy symposium focused on the root causes of illegal and dangerous migration from Africa to Europe, and what might be done to inform migration policy. Youth unemployment, a shortage of opportunities for training and skills development, and poor access to basic health and education are but a few of the challenges faced by many people in Africa. Lacking socio-economic opportunities, many young Africans exercise their freedom of mobility and resort to migration.

The discussions at the symposium revealed that there is a clear need for West African countries, from which migrants originate, to contribute to the continental response by investing in research to better understand what motivates people to take such drastic risks. There is also a need to examine policy solutions for addressing migration issues, and to explore what opportunities are created through well-managed social protection and migration policies. These efforts can be facilitated by African think tanks, as they are well-placed to make significant contributions to the debate on migration-related issues and influence policies that aim to reduce the illegal immigration of young Africans to Europe.

What can African think tanks do?

African think tanks need to claim their space in this debate by providing research-based evidence to governments, law-makers, the private sector, and civil society organisations. Potential questions could include: How can African governments incentivize young Africans to strive for a better life in their countries? What can the regional economic communities do to support efforts at an individual country level? What migration policies work for managing the welfare of people leaving Africa, establishing policies for the processing of migrants, and ensuring social protection of migrants? Other key areas where think tanks could undertake research include examining remittance patterns and uses, and investigating ways that remittances can contribute to economic investment and development in migrants’ countries of origin. They may also investigate how African governments can incentivize and facilitate the reintegration of migrants to their countries of origin. Drawing on the analysis and data generated through such research, think tanks would then be in a very strong position to engage public policy actors on the role and importance of in-country migration patterns within African countries, as well as opportunities and risks pertaining to the migration of unemployed youth.

African governments are under pressure from the international community and their own citizens to develop policy solutions to address the systemic issues that underpin the migration crisis. But they can’t do this alone. African governments are increasingly receptive to knowledge sources that concretely provide policy options and practical recommendations for addressing migration issues. Think tanks can help by prioritizing migration-related topics in their research agenda and actively engaging with government officials in the formulation and design of that research to ensure that it addresses their needs. Through the implementation of African government policies at the national and regional level, combined with reform of the EU immigration policies, there is an opportunity for African think tanks to contribute towards ebbing the flow of risky, illegal African migration to Europe. 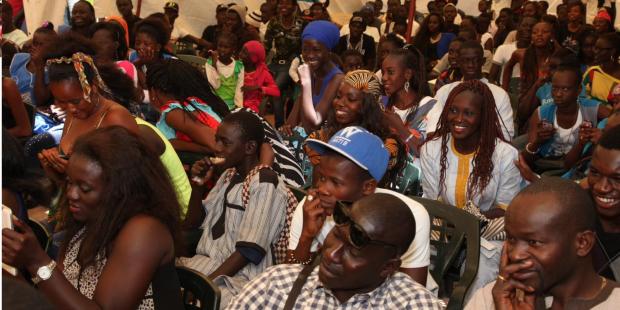