A roadmap for inclusive conferences

In our quest to bring a gender lens to the final Think Tank Initiative Exchange, we sought guidance from many informed sources – including from within our cohort of think tanks. In particular, we looked at some of the practices established by Grupo Sofía – a network of women researchers that was formed in 2014 by two TTI-supported think tanks and two universities in Peru.

Grupo Sofía focuses on research-based activism and seeks to raise awareness and propose solutions to gender issues in the academic world of the social sciences. In particular, they focus on activities that seek to promote greater female participation in public debates and in the dissemination and production of knowledge.  To encourage the uptake of this endeavour, they created a toolkit of advocacy materials and they have proposed a number of questions and identified routes to take in order to ensure greater gender equality.

Here are some examples of the campaign material that Grupo Sofía developed to enable others to create a gender balanced event and gender inclusive processes. Together, these materials make up Grupo Sofía’s “Gender Toolkit”:

Grupo Sofía will be disseminating these products across social media as part of the #WomenKnow campaign (#lasmujeressaben). These activities helped inform TTI’s approach to creating a gender balanced and inclusive conference and the products that were created to facilitate this process which include a checklist and guidance for participants. To learn more about the work of Grupo Sofía, read TTI’s blog on using research to promote gender equality. 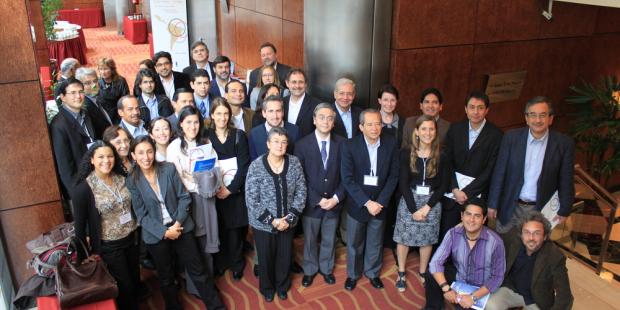