My experience with gender sensitive research

It all started when I was nominated to join a project research team to enhance the capacity of women in the Niger Delta region of Nigeria.

The project, Women Promoting Climate Change, is being implemented by the Centre for Population and Environmental Development (CPED), where I work, in collaboration with the Intervention Council for Women in Africa (ICWA) and Delta State Ministry of Environment, Asaba, Nigeria. It is aimed at supporting and empowering women and girls in the promotion of climate change adaption and disaster risk reduction initiative in Delta State, Nigeria. The project research team, including those under mentorship, consists of 14 males and 8 females.

As a senior program staff of CPED who has implemented action research projects in various communities of Niger Delta region for the past decade, I was again nominated to a committee to design and submit the questionnaires, interview guide and focus group discussion guide, and to undertake the research and implement the climate change and disaster risk reduction project.

What was the problem?

During the process of drafting the research instruments, most of the gender questions raised by the committee members were geared towards eliciting information about women and were phrased in such a way that assumed women were disadvantaged in dealing with issues of climate change adaptation. This is so because many people in Nigeria, even among research team members, still view gender as women’s concern alone, rather than seeing it as an issue that concerns both men and women.

For example, women were asked, “Would you like to be in the same group as your husband”, and “Would you agree to be a leader in a group in which your husband is a member?” A follow-up question was: “If yes or no, give reasons”. But the men were not asked the same questions nor were they asked questions that will help to find out how they felt about being in the same group where their wife took the lead.

What could be done differently?

My concern was to see that the research instruments were designed to reflect gender dimensions; that the data to be collected be sufficient enough for the team or anyone else to carry out an analysis that is gender sensitive; and that it will create insight into some hidden gender-based discrimination being practiced in the project communities.

In my opinion, if the questions are not well captured the process of building the capacity of women to play key roles in climate change adaptation and disaster risks reduction efforts may not be successful. It is very important to know how the men feel when they see women in their communities in a position of authority in the same committee or group with men. This is especially true as in most cultures in the Niger Delta region where the climate change project is being implemented, women do not usually hold meetings with men. However, this kind of joint meeting is necessary for the success of the climate change project. But, I wondered how far I could go in pushing for this understanding and for my concerns to be considered in the design of the instrument among the committee members.

First, I thought there was a need to have a discussion with other members of the committee, especially the committee’s chairperson, a man who has special interest in gender issues. At the beginning of this discussion, some members were of the view that since the project was all about building women’s capacity, there was no need of placing much emphasis on the male respondents. This argument went on for hours. The chairman of the committee finally adjourned the meeting and made arrangements for me to enlighten the members more about gender mainstreaming in research.

With this development, the research team has been supported to generate data that is gender sensitive and to use the information generated to enhance the implementation of the project in a gender sensitive manner. I realized that while many people may be concerned about gender, they may not necessarily understand how to mainstream gender in research design and implementation. I consider this to be a huge gap that needs to be closed in the research space.

But one may ask, Mr.  Eronmhonsele, how did you come to understand this key concept of gender in research and be able to identify gender gaps in a data collection instrument for a climate change project? My capacity to recognize gender gaps in the design and preparation of the various instruments for data collection in the implementation of the action research was derived from my experience of participating in the Think Tank Initiative (TTI) Gender Action Learning Project (GALP) .

As a member of the CPED gender change team, I participated in a number of workshops and peer learning activities that broadened my understanding of gender, gender in research, gender mainstreaming and analysis, amongst others. These engagements strengthened my capacity to identify gender gaps in research design and implementation; identify gender gaps in CPED at individual, programme and organizational levels; and identify gender equality/inequality issues and devise strategies for change. I will continue to apply lessons learned during my participation in the GALP project, both in research implementation and in designing communications materials.

These are the author’s personal opinions and do not necessarily reflect those of Gender at Work or IDRC’s Think Tank Initiative.

Why intersectionality matters for think tanks: Reflections from PAC
In this blog post, Varsha Pillai reflects on discussions she had on intersectionality with funders and think tanks in the Think Tank...
Why International Development Needs Storytelling
In this blog, Shannon Sutton discusses how storytelling was important for the Gender at Work series.
Using Action Learning to Promote Gender Equality
In this blog, David Kelleher, Carol Miller, and Shannon Sutton discuss TTI's transformational approach to promoting gender equality. David... 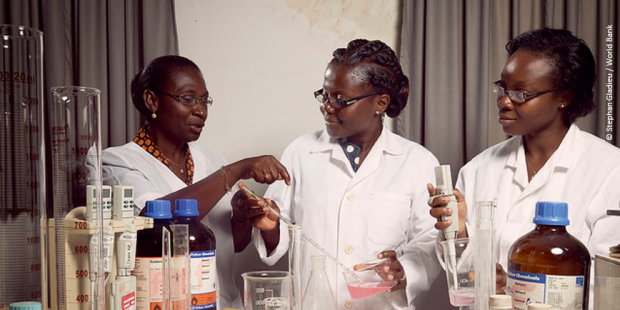