The 7 institutions supported by the Think Tank Initiative will gather in Accra, Ghana from March 1-3, 2016, for the official launch of the West African Think Tank Network (WATTNet). The theme for this event, hosted by the Institute of Economic Affairs (IEA), is Transforming West Africa for Inclusive Development and it will take place at La Palm Royal Beach Hotel in Accra.

The two-day Conference is supported by the Think Tank Initiative (TTI) and the International Development Research Centre (IDRC) and will bring together government officials, policy makers, academia, business leaders, development partners, and heads of think tanks and research institutions from across the sub-region. It is hoped that following the Conference, WATTNet members will hold follow up discussions with their respective governments and policy makers to optimize impact and stimulate reform.

The objectives of this Conference are to:

The WATTNet is a network of Think Tanks in West Africa established in September 2015 with the goal of promoting socio-economic and political development in the sub-region through evidence-based research and advocacy. WATTNet seeks to foster sustained collaboration among research institutions and think tanks in the region, and its goal is to generate quality evidence and knowledge on economic, social and political issues that will feed into national and regional policy formulation.

What we’re learning about building organizational capacity
In the seventh post in this series, Peter Taylor shares insights and lessons from his role as coordinator of the OCB Action Research...
On the right track? Implementing health-related SDGs in West Africa
The early days of the implementation of the sustainable development goals (SDG) are critical, and the actions taken by stakeholders —... 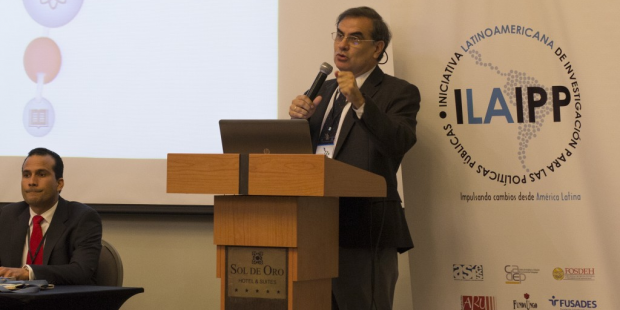 The Value of a Think Tank Network
The second conference of the Iniciativa Latinoamericana de Investigación para las Políticas Públicas (ILAIPP) – in English, the Latin...
Building Capacity to Strengthen Policy Influence
In the sixth post in this series, Dr. Michael Ofori-Mensah of IEA-Ghana describes his institution’s focus on strengthening research quality...