“Change exists through the prisms of power, systems and social norms.” – Duncan Green “How Change Happens”

[Editor's note: Adanna Shallow is Manager-RSA Global, where she is responsible for strengthening and supporting the RSA Global Fellowship.]

Each time I think about change I revert to my younger self trying to understand Algebra – solving unknown variables and trying to balance both sides of equations. Change can be both positive and negative and according to Duncan Green it is also a thing in itself. It has dimension and complexity and it is not always linear.  Change occupies space as well. Its length, breadth and depth possesses the capacity to increase the wellbeing of an individual, expand opportunity for a community or even change the directional course of an entire country.

We know this for sure.

Ultimately, our challenge is how to make change happen in admittedly some of the most fragile and vulnerable pockets of the world. Duncan reen, in his most recent talk at the RSA, expanded on the different pathways one can take in making change happen. He especially highlighted the notion of power and how it can be used to influence positive change on a particular issue.

Throughout the 260-yr history of the RSA, we have been fascinated with the notion of how change happens and how institutions like ours can optimally deploy our assets in order to expand opportunity and dignity for everyone. Most recently, we have advocated that creative individual activists, groups and especially institutions must seek legitimacy in pursuing social interventions. We refer to this as “thinking like a system and acting like an entrepreneur.”

It is critically important for think tanks and other similar institutions to innovate in order to make an impact in the 21st century world. This may prove challenging i.e. trying to balance one’s independence while being politically astute and operating within a specific political context. Also, think tanks must engage in strategic collaboration with new partners outside of their regular networks and use these alliances to push for reform, ably supported by communities and the public at large. This will naturally apply to open societies. However in closed contexts a different approach is needed such as deploying more insider approaches and influencing policy makers within key networks. In summary, think tanks generally must be agile and adapt to their given environment.

Think tank models continually evolve as institutions realise that the old ways of working are now mechanical and clunky in a fluid, ever changing world. Recent challenges such as limited funding streams and the increased scrutiny of externally funded institutions by governments have resulted in more support for locally grown and funded think tanks.

At the RSA, we truly believe that people have the power over their own lives to create change in their local communities. We share this perspective with our colleagues at Think Tank Initiative, which advocates that “investing in local policy research organizations offers the best approach to mobilizing creative capacity for the long run. This is part of our DNA. What began in a coffee shop in Covent Garden during the age of Enlightenment, continues to this day in our Fellowship model in which individuals who share the values of the RSA contribute monetarily to the development of progressive ideas and the support of social action. This Fellowship model may potentially be replicated and used by local think tanks to supplement or replace waning funding streams and reinforce its locally owned character and credibility.”

Many of us are fatigued by the burden of trying to unlock some of the world’s intractable problems. The velocity of information amplifies these issues, which are at times may seem overwhelming. However less than a stone’s throw away from the origins of the RSA, Duncan Green’s challenge to a packed house of creative activists and inspiring change makers provides a worthy response. In order to make change happen, we must transform how we think, feel and work. This applies to social change agents, and community groups and especially institutions like think tanks which operate at the unique nexus to policy and practice.

TTI to host global Evidence to Policy Dialogue
The Think Tank Initiative will be hosting the event "Evidence to Policy Dialogue" on 3-4 April 2017.
Adolescence to Adulthood: Managing Growth in Think Tanks
This post is the second in a blog series on Program Officer accompaniment, edited by Shannon Sutton.
A conversation about policy experiments
This blog post is based on an interview with Mikko Annala, Head of Governance Innovation at Demos Helsinki. 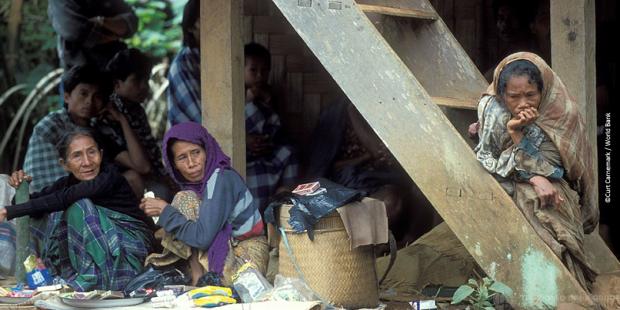